The series of stories is based on an intelligence and anti-terrorist agency called the Secret Galactic Intelligence Service, or "MI5" for short. MI5 is made up of operatives (similar to secret agents like James Bond) who help keep peace within the Star Wars galaxy.

It is a Canon-&-Legends-friendly fanfiction series, which means it follows the actual events in the Star Wars universe and doesn't alter them.

Scott began writing the fanfiction himself to continue the series in 2012 and posted it on the Star Wars Fanon Wiki. He has written full-length stories as well as a series of short stories (titled MI5 Chronicles) that ties into the main series. 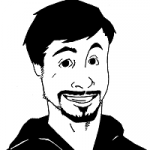